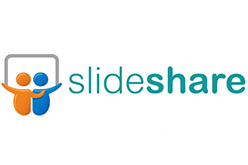 All the great Western powers have their museums dedicated to African art. The development of museums or collections of African art in the West coincided with colonization and the rise of missionary action. Most of these collections are in fact the result of military looting, theft or illegal sales. Several voices have been raised calling for the return of this artistic heritage to Africa. But the debate on restitution is not new. Abdou Sylla, in a study devoted to the "Return and restitution of cultural property to its country of origin: objects and motifs" published in 2005 (13 years before the Sarr-Savoy report!) in the journal Ethiopiques No. 75, reminds us that the issue of return and restitution was first raised and taken up by two former Directors-General of UNESCO : first René Maheu and then Amadou Mahtar Mbow. If today the question is still being asked, it is because "we still observe that all European and North American ethnological museums, but also private collections, are full of art objects and cultural property that belonged to the formerly dominated peoples who created them".

IJAHSS by IPRPD is licensed under a Creative Commons Attribution 4.0 International License.